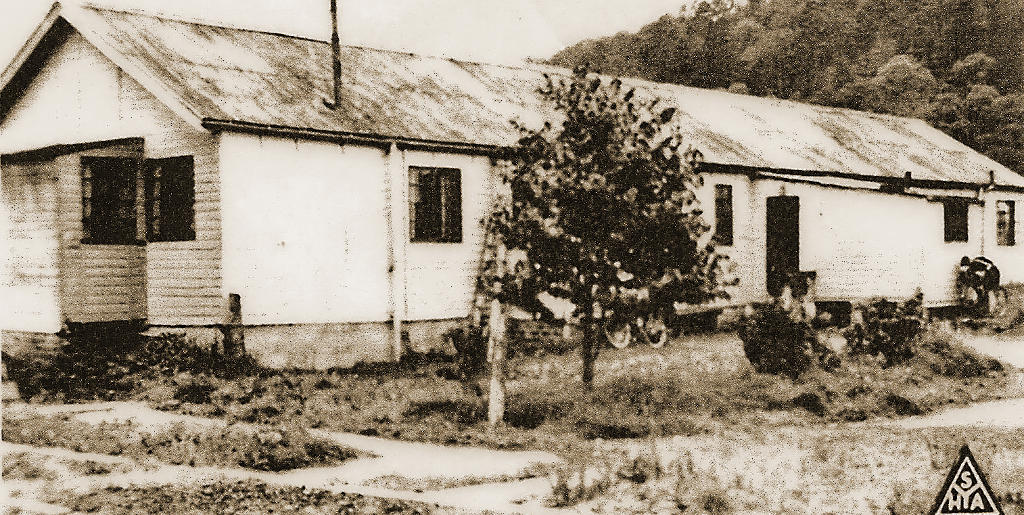 Inveraray Hostel stands on land that was once, like much of the town, part of the estate of the Dukes of Argyll. The site was gifted to the town during World War II in order to provide facilities for the Canadian servicemen stationed in Inveraray. A variety of temporary buildings was erected, including a shop and a dance hall. Most of these were demolished or removed when the Canadians left at the end of the war. The living quarters, however, were taken over by the construction firm Balfour Beattie, who used them to house their workers who were building a new road – the present A83, from Arrochar to Inveraray – to replace the Old Military Road through the hills.

When this project was completed, the buildings passed to SYHA (the Scottish Youth Hostels Association) who, during the later 1950s, adapted them for use as a Youth Hostel. It appears as a well-established hostel in the SYHA handbook for 1963. Two decades later, the wartime buildings were showing their age and SYHA decided to build a new hostel on the same site. The present hostel, a one-storey, wooden building, was erected and the old buildings were then demolished. The new hostel, complete with a two-bedroom apartment for the wardens and their two young daughters, opened in 1976.

Externally, the hostel remains virtually unchanged today, although internally the dormitory, kitchen and bathroom areas have been altered and modernised over the years – a process that continues today. All that remains of former buildings on the site is some concrete foundations, almost hidden in the grass.

The hostel was owned and run by SYHA until 2013. As a result of SYHA’s policy, the hostel came up for sale in 2013. In order to save it as a hostel, it was bought privately and is now run as an independent hostel. Among the first tasks was to prune the many attractive but rampant bushes close to the building, and to decide on a policy for the many trees.

Several Norway Spruce trees were planted in 1976, and they had reached their maturity by 2014, some as high as about 25 metres. In the interest of safety from falling and enabling more sunshine to reach the hostel, some of the Spruce trees have been felled. We have retained a small clump of tall mature trees, and in addition we retain beside the pavement two splendid pine trees, presented to the town by the departing Canadian forces, as a reminder of the site’s wartime history.